Also known as Bosnia-Herzegovina, B&H, or BiH, Bosnia is located in Southeast and South Europe. It lies in the Balkans, and its largest and capital city is known as Sarajevo.

Bosnia and Herzegovina appear landlocked on a map, but it isn’t completely landlocked. On the south is the Adriatic Sea that’s narrow towards the coast.

It surrounds Neum town and stretches along the coast up to 20 kilometers or 12 miles. To the east is Serbia and Montenegro to the southeast. Croatia borders Bosnia to the southwest and north.

Bosnia is mountainous in the eastern and central regions. On the other hand, the northeastern region is mainly flat while the northwest is slightly hilly.

Ethnicity and religion are deeply tied to each other in the country. With a population of 3.8 million people, BiH has 40% Serbian/Orthodox, 40% Bosniak/Muslim, and 15% Croats/Catholics.

After two decades, the Bosnian War that lasted three years came to an end. The War killed about 100,000 people, displacing a million more. Pope Francis also visited the country after two decades.

Top 6 Things to Keep You Busy when Visiting Bosnia

The capital of Bosnia Herzegovina and the largest city is Sarajevo, making it the best place for visitors to explore. The city, unlike the countryside, is straightforward and easily accessible for easy navigation.

The city is an easy entry point into the nation’s rich history, culture, and lifestyle. Exploring Sarajevo prepares you for head off and allows you to explore what makes Bosnia interesting.

You’ll explore popular tourist sites such as Mostar, a commonplace for tourists. Other top destinations include:

Sarajevo has a rich history worth learning when visiting the country. It dates back to many years before the rise of the Romans.

It’s believed the Ottomans developed the city during the 15 century. The city has gone through so much over the years, making learning history an interesting must-do in Bosnia.

Located along the riverfront, the archaic Old Town is home to the city’s most popular sites. Despite being perfect for sightseeing, the city revolves around the Old Bazaar.

Other popular sites include:

Anarchists killed the Austrian royal boy in 1914 in Sarajevo. The murder triggered events that resulted in World War 1.

The Balkan Wars in the 1990s affected the nation’s visitors due to its tragic history. The dark period saw buildings with bullet scar holes.

Sarajevo reminds you of the city’s dark hours in history.

The Sehidsko Cemetery is also worth exploring. It’s a reminder of the Balkan War. The cemetery for Muslims is beautiful and surprising.

You’ll learn about ancient wars in Bosnia. Many people (especially young ones) died during such wars.

Other city architectures and modern touches include:

Some buildings also offer indoor games such as table tennis to keep you busy. Enjoy playing with your friends, colleagues or family.

Sarajevo and other cities in Bosnia have epic and over-stimulating views of its cityscapes. Walk to the top of the Sehidsko Cemetery hill to enjoy a great view of the city.

With many details to lure your eyes, views of the city are magical, even without a colorful sky. Modern city skyscrapers and OLD Town also give beautiful views.

Take a glance at Sarajevo neighborhoods and enjoy the breathtaking cityscape views, including landscape views.

The European Muslim country exhibits a unique religious sophistication in its Sarajevo city. It’s home to prayer houses to most religions, usually in the same neighborhood. You’ll find catholic churches, mosques, Orthodox Church, and synagogues in the same location.

With a history of influence that constantly changes hands, Bosnia houses almost all religions worldwide. As a result, the city is often referred to as the “Jerusalem of the Balkans.”

Whatever your reason for visiting Bosnia, you’re into great food to try.

Ranging from tasty Balkan cuisines to Bosnian dishes, delicious food flavors will satisfy your taste buds. Depending on your favorite dishes, you can begin the journey to your culinary foods today.

Local foods are also cost-effective and affordable to all.

With the diversity, learn and reflect your past experiences in present ones for better Bosnian visits/ vacations. 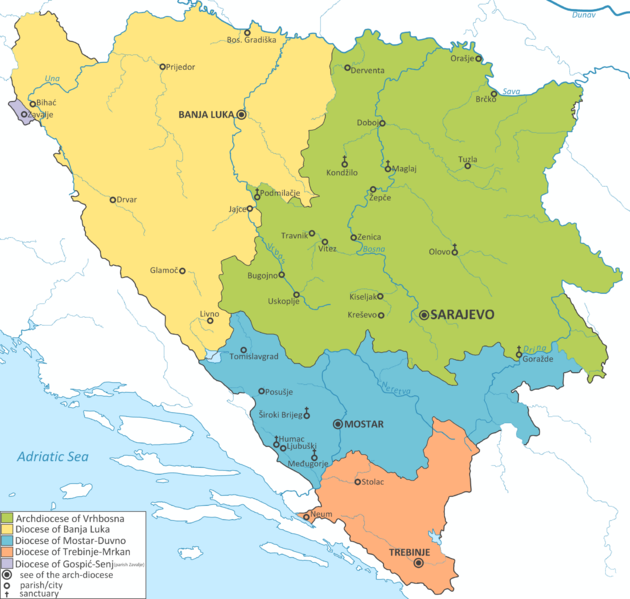